Did you receive an invitation to join? Click here.

As lead trial counsel, George has obtained successful verdicts or summary dismissals in a number of cases. He has:

As lead trial counsel, George has obtained successful verdicts or summary dismissals in a number of cases. He has:

George is an arbitrator for the American Arbitration Association and has been appointed as a Mediator, Early Neutral Evaluator, and Arbitrator for the United States District Court for the Western District of Pennsylvania. He has had a broad array of experience with alternative dispute resolution vehicles, including working with nationally recognized mediators in resolving mass tort cases as well as multi-party cost recovery actions. He has also handled private and court-imposed mediation, mini-trials, neutral evaluation, and arbitration.

George co-authored the textbook Environmental Disputes Handbook: Liability and Claims and has published in various law publications including the Toxic Law Reporter. He is a frequent speaker for the Pennsylvania Bar Institute and has lectured before the Society of Professional Journalists and various trade organizations.

Prior to graduation from law school, George pursued a professional football career as a quarterback with the New York Jets. He is active in a number of civic and professional organizations, including the St. Vincent dePaul Society Executive Committee. He serves as head boys varsity basketball coach for Acquinas Academy. George was voted as Associated Press Pennsylvania State Coach of the Year (Class A) in 2010-11 as well as Pittsburgh Post-Gazette (North) Coach of the Year in 2010-11 and 2012-13.

Publishing ...
Your testimonial has been successfully sent
Please fill out all fields

What we know about the spread of COVID-19 in California's skilled nursing and assisted living facilities.
View on Facebook
·Share

Share on FacebookShare on TwitterShare on Linked InShare by Email

Buckle up and Designate a Sober Driver ... See MoreSee Less

Buckle up and Designate a Sober Driver

Historically, Thanksgiving week is one of the busiest travel times of the year. While the Coronavirus pandemic may have impacted plans with some families this year, the Indiana State Police wants to ...
View on Facebook
·Share

Share on FacebookShare on TwitterShare on Linked InShare by Email 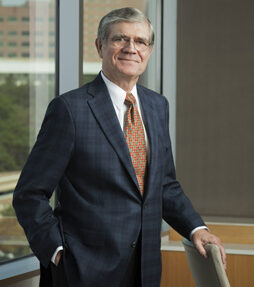